Well, it's been over a month since I posted (to be fair I was away for 2 of those weeks and then sick for another week)...

Anyway, nothing like some challenges to get the creative juices flowing, right?

I had a lot of fun with these two!
First up- the sketch challenge! I really enjoyed this one, as it is such a clean and simple sketch, which I am obviously a fan of! 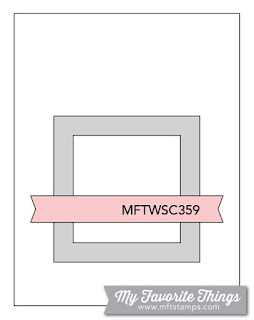 I have to say, once I had my elements all together, it was a bit of a struggle to not flip the sketch. I really have such a comfort with white space in the bottom third, but nevertheless I stuck to the sketch! I started with this festive yeti and a hat from Beast Friends. I coloured the images with Copics and then cut them out (don't have the dies yet!). I grabbed a sentiment from Bitty Bears. I'm seriously loving the simple sentiments in that set (as if the adorable little bears weren't enough of a reason to pick up that set!)

To finish it all off, I die cut a few circles, the base circle using Smokey Shadow and the scalloped circle from Pure Poppy. The sentiment was stamped on a banner die-cut. Finally, everything got placed on a nice Kraft card base with the bottom corners rounded. 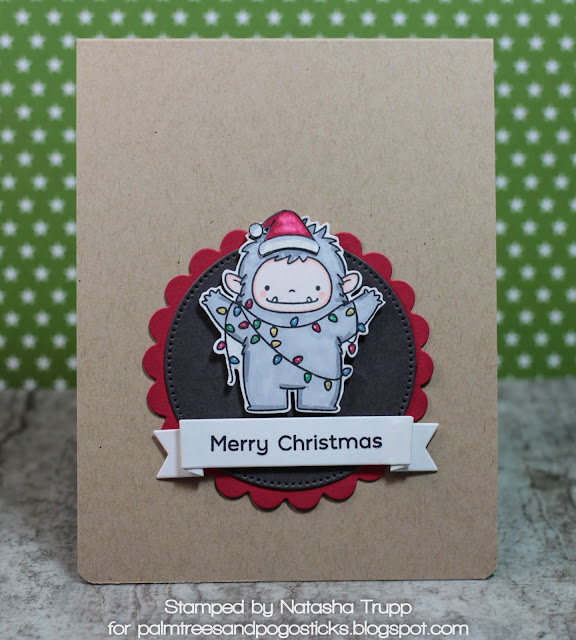 Here's a close-up of my colouring. I didn't do anything super extravagant for shading, but I did add little dots of white gel pen to each bulb. To make them really twinkle I also added a bit of shimmer using a Sakura gelly pen.

Next up, the colour challenge! Now when I saw these colours, they really shouted Halloween to me. However, this challenge was posted Nov 9- Halloween is over- so I really liked the challenge of making a non-Halloween card.

I have to say, this card turned out even better than I had hoped! I used the bold letter Smile die. I cut it three times out of the white cardstock, making sure there was space between them to add in some greetings from the corresponding stamp set.

I set that aside and got to work on my background. I grabbed 4 Distress Oxides that were a good match for MFT's colours (Wild Honey, Spice Marmalade, Wilted Violet and Black Soot). I don't think I can really say it enough times, but the Distress Oxides blend soooooooo well. Seriously, I don't think I could get the same smoothness of blending with this kind of colour combination with other inks, at least not as quickly and easily.

I attached the smile layer to the blended background and thought I was done... Well wouldn't you know it, I got a yellow smudge on the white layer (GASP!). I refused to give up. I stamped a few flowers using the smallest flower from Large Desert Blooms. I fussy cut those out and covered the smudged area (and two other spots to help achieve a visual triangle). And you know what, the flower totally made the card feel finished. So yay for smudges, I guess??. 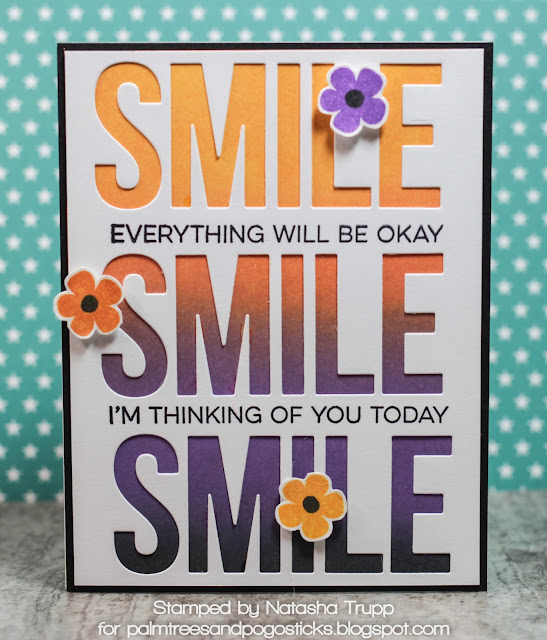 Here's a close up (that purple flower is the one that's hiding the smudge, lol)

Thanks for popping by!