So I was feeling a tad uninspired the other day so I asked my fiance for a challenge. Every so often he'll give me a random challenge. A previous one for instance was to use complimentary colours and feature an animal.

For this particular challenge, he decided to pick 2 cards that I've previously made and I was to get inspiration from both and make a mash-up of sorts. I keep all my cards that I haven't used in a box in the craft room. He closed his eyes and randomly chose two 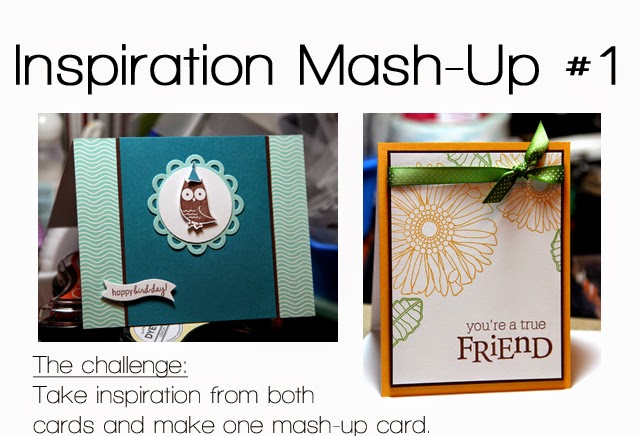 And here's what I ended up doing! I took the products from the first card and the layout from the second. 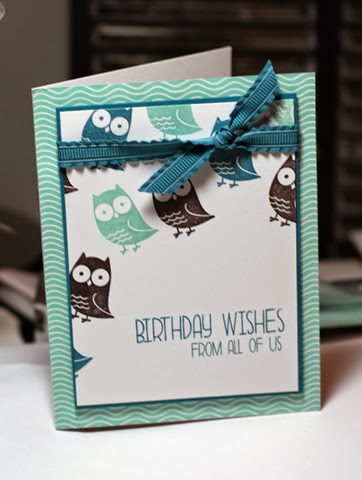 So if you're feeling uninspired, I urge you to do something similar. We all have cards lying around, close your eyes, randomly select two cards, and see how you can pull inspiration from both and make a mash-up!
Posted by Natasha at 12:00 PM