Hope you're ready for another sketch. This one is super simple. It would be a great starting point if you need to make a pack of notecards for a gift set. 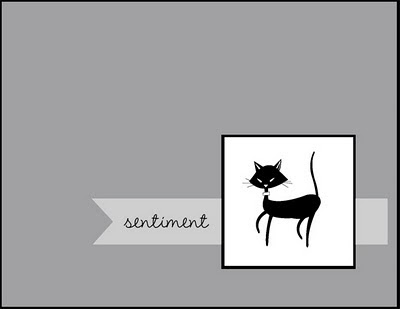 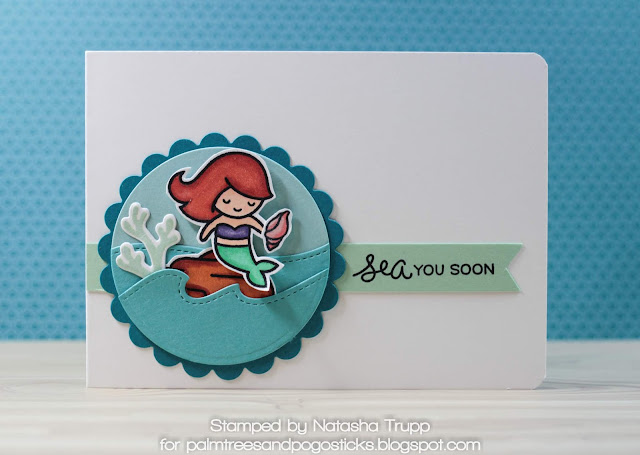 The mermaid layer was actually something I had put together for last week's sketch. It ended up being too big, so I set it aside. However, I decided to use it for this sketch, instead of a square element. I also mirrored the sketch since I didn't like having the sentiment at the mermaid's back.

For the mermaid layer, I coloured her, the rock, and the shell ready to go. I used a mix of Copics and Stampin' Blends. Next, I die cut my circle and scalloped circle layer. I really wanted to have waves all around the rock, so I die cut a few stitched wave borders and then die cue the circle over top so that they would match up with the layer. I added a bit of shimmer to the mermaid, her seashell and the seaweed.

The sentiment was stamped on some Mint Julep cardstock and I cut the end to give it the little banner end. I ended up trimming the card down to 4 from 4.25 because I stuck the elements too low and there was just no unsticking them. It was after midnight, so wasn't about to do a do-over either, haha. So trimming it down helped a little with balancing. I also found that rounding the corners helped too.

If you play along, please leave a link!