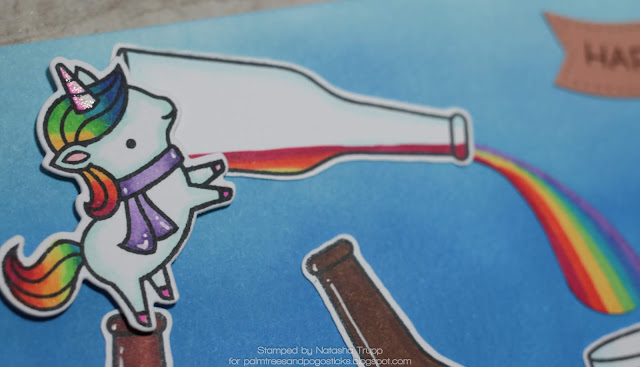 We live close to a local brewery. In the winter, for something different, fun and to encourage Sunday traffic, they put out a "Staff Series Sunday test batch". For much of January to March, each staff member helps to develop a beer flavour.

We've taken to walking there every Sunday to sample the weekly batch. It's been a fun weekly outing. So today, the beer was designed by the person that works the taproom every Sunday. We also saw that it was her birthday this past week and she had been given a unicorn foil balloon. So... the first challenge became to make a unicorn and beer themed card.

Well, knowing what the challenge at Lawn Fawnatics is this week, I had to wonder... was there any movie, song, or book that fit my card... and I found this song:

The Unicorn- an Irish Drinking song. How perfect, right?

I used many Lawn Fawn unicorns for the card, as well as the puffy cloud borders. I used a Simon Says Stamp set called Adult Beverages for the beer bottles and glasses. 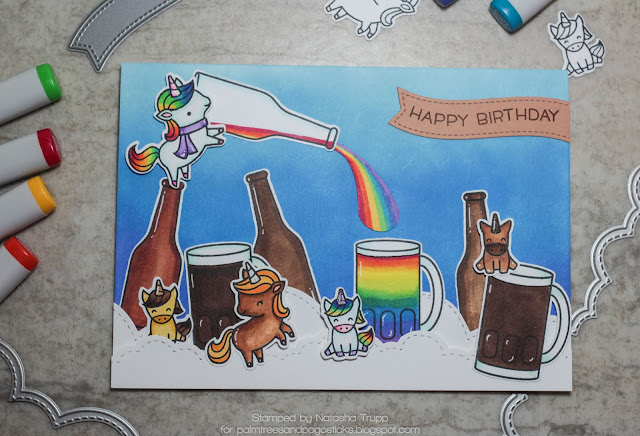 Here's my cutesy little scene. I did mostly beer themed unicorns (browns, gold/yellows), but I thought it'd be fun to make a rainbow beer, complete with a rainbow unicorn pouring it out. The sky was completed with Distress Oxides- Tumbled Glass, Salty Ocean, Blueprint Sketch. I layered up 2 of the puffy cloud borders. The sentiment was stamped on one of the fancy wavy banner dies.

Here's a closer look at a few of the unicorns. 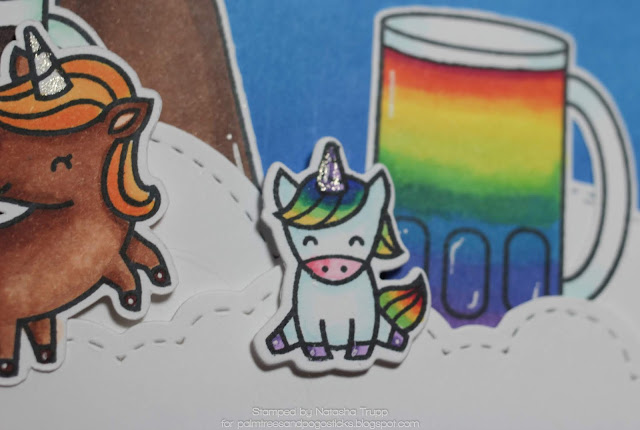 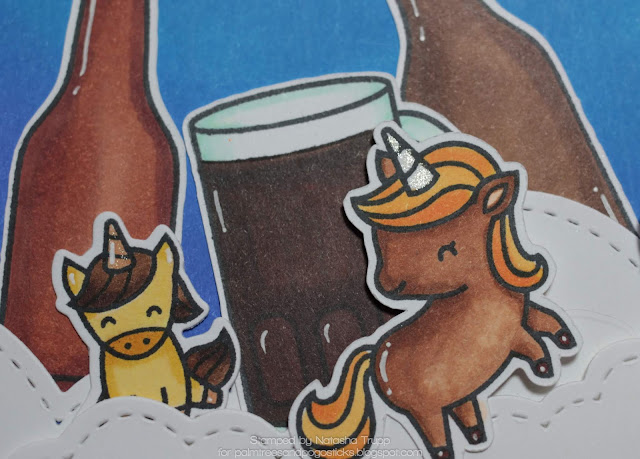