I suppose you don't really want to see much of this: 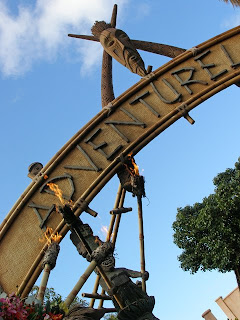 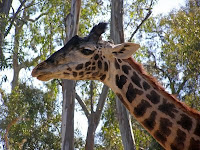 What you probably want to see is CHA stuff... I'm going to try to show stuff that I haven't seen too much of on the blogs. There will be overlap sometimes, I'm sure. I'm going to start with my first day at CHA (which was actually Day 2). In addition to the rampant bird/owl invasion, there were lots of cutesy animals. Like these from Prima: 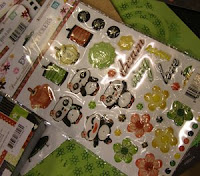 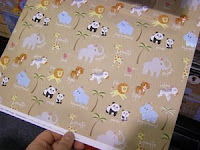 I'm sure you've already seen much of the Basic Grey booth. Here's another glimpse at their fabric: 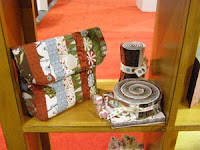 As well as an up close look at the coordinating stamps for the Lime Rickey line. The birds are an interesting style. I like that there's a sentiment that says "Just Ducky".

Glitter is quite apparent everywhere. Here are just a few shots of some samples. I'll have more glitter on my next day's post on CHA. Here are some fun, glitterful displays by Canvas Corp: 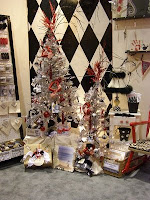 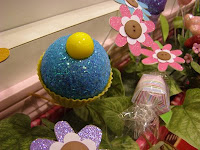 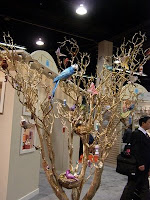 I really liked most of the lines by Pebbles. There's So Tweet: 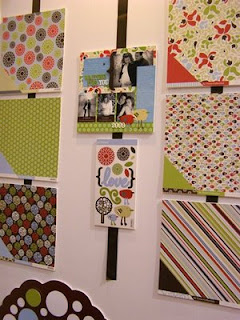 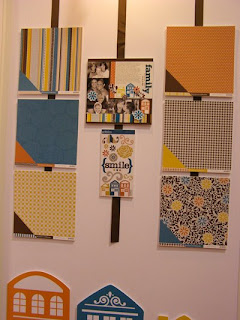 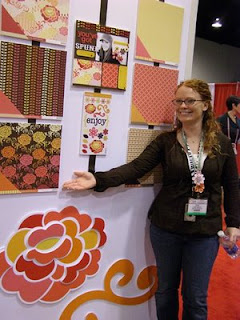 I'm not sure if this product has only become more trendy this year, or if I'm just more aware of this product since I use it a bit more, but multi-coloured rub-ons were everywhere! There were still plenty of monotones available, but it really seemed like a lot of companies went all out with the colour. I really liked these ones from Little Yellow Bicycle. 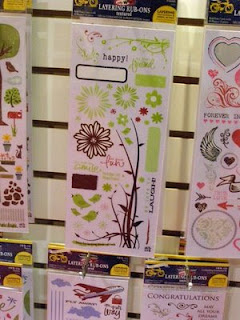 That's all for now! I'll be doing some more updates over the weekend. Thanks for stopping by.

Email ThisBlogThis!Share to TwitterShare to FacebookShare to Pinterest
Labels: CHA