I'm back with some more class projects from Altenew Academy for the Altenew Educator Certification Program the Irresistible Ink Technique class taught by Sara Naumann. My big takeaway from this class was that inks are more than just for inking up stamps. Ink pads are really just a great tool that holds dye or pigment that can be used to interact with pretty much anything! Sure, we primarily use them to ink up stamps, but they can be used for so much more!

I decided to tackle stamp block inking. In order to get better coverage, I added a bit of water and used watercolor paper, so it's similar to a "smooshed" technique.

Here are some of my blocked, pre-card pieced. It was so much fun to play with ink and paper and get messy! This is one thing I loved about this class, it really inspired me to get messy and it got me playing with my supplies!

For the upper left sample- I used a single larger block. For the upper right sample, I used several smaller blocks, dedicating one colour to each block. For the bottom sample, I did the block stamping in stages. I really liked how that one turned out, but it wasn't big enough for what I wanted, so I actually found an even bigger block and did it again (which is featured on the first card below). 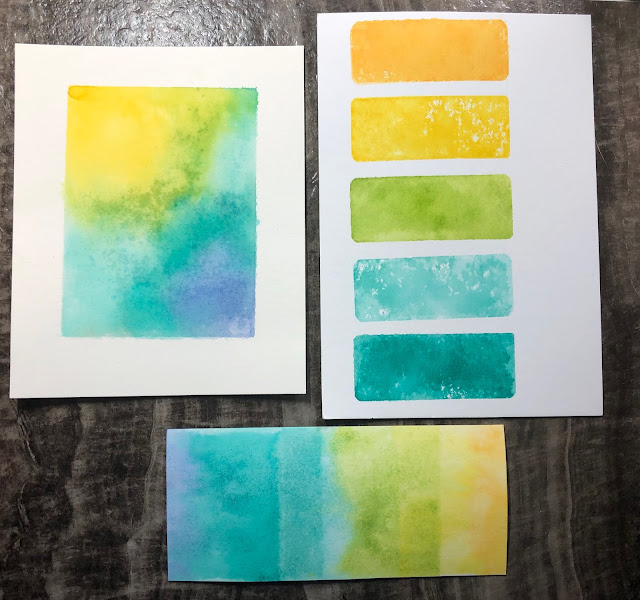 Here's the card, I have several very large blocks, so I used my largest one. It's about 4.5 x 5.25 in size. I inked up the block and added water so I would get a bit of blending between the colours. I stamped with it, let it dry, and then I couldn't help but add some more splatters. This technique is fantastic for achieving a perfectly blended watercolour look, with no fuss! 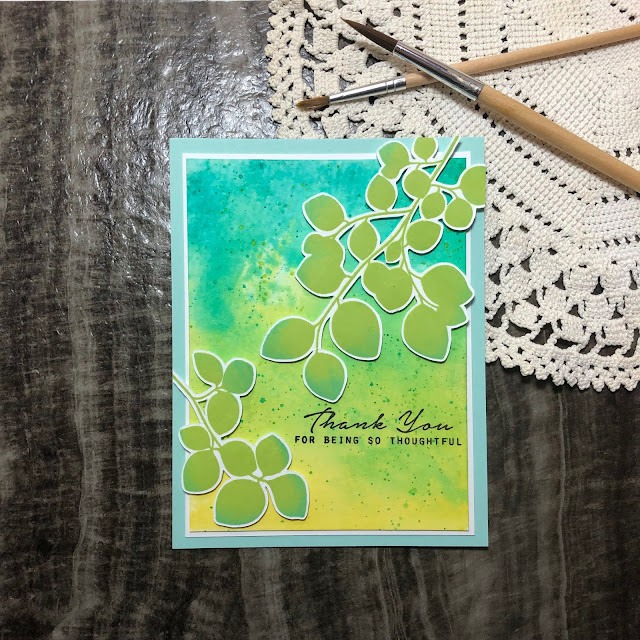 I trimmed the blocked panel down and matted it on some white cardstock and then placed that on a Coastal Cabana card front. I stamped the two leaf clusters from Leaf Canopy, using the same inks and rocked the edges in the the teal ink for a little more depth. I cut those out and adhered them over the blocked background with foam tape. The sentiment is from Handpicked Bouquet. My next card features one of the blocked samples from above.

This time, I really wanted to feature the blocking, so I trimmed it down, but left the natural white edge. I used Leaf Canopy again and stamped the smaller leaf cluster in Versamark and embossed it with white. The sentiment comes from that same set. I used the teal ink that I used in the blocking to stamp the sentiment. That was placed on the card using foam tape for that little "pop". 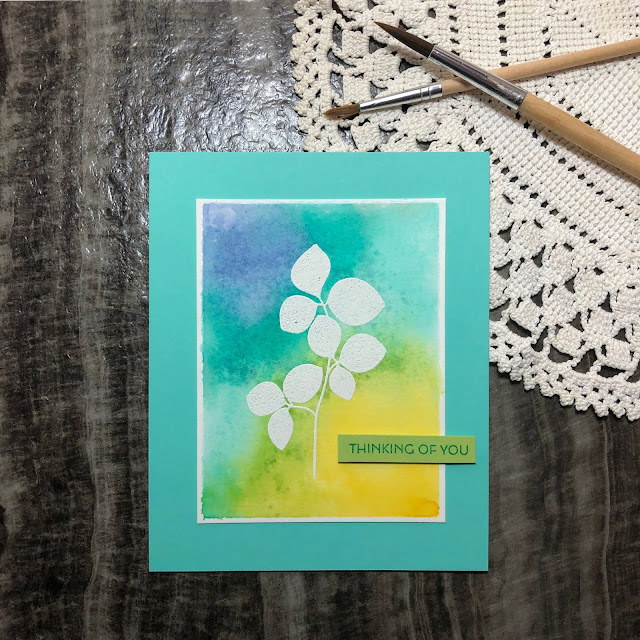 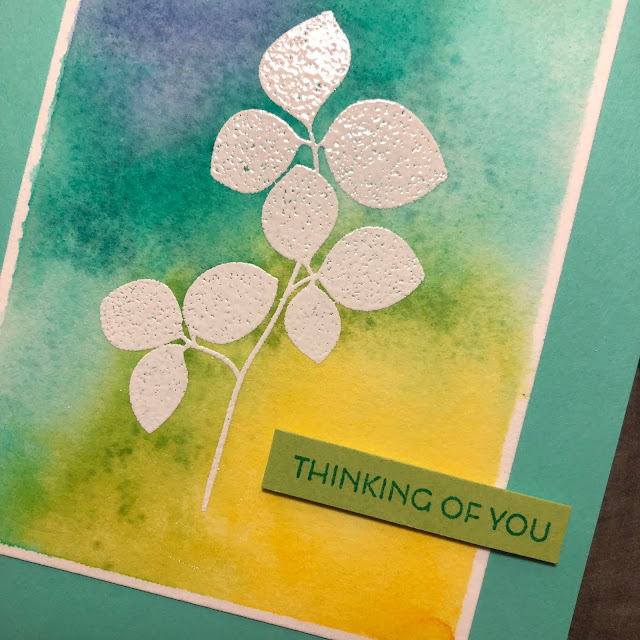 Thanks for stopping by, I hope you'll check out the class!

Email ThisBlogThis!Share to TwitterShare to FacebookShare to Pinterest
Labels: AECP